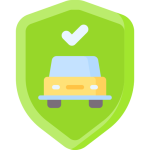 What is C Sharp Programming Language

C Sharp Programming Language is a powerful, modern and general-purpose language which is used to solve a wide range of programming tasks and objectives that are used in our daily life of professions. C# programming language primarily is used with Windows .NET framework. But it also could be used as an open source platform. This flexible programming language is a pure Object-Oriented Language (OOP). This feature is not present in every language. And it is also used for game development on a large scale in industry.

In last year February 2019, C# language ranked #4 on the  PYPL PopularitY of Programming Language Index, in parallel with Java and Javascript. This ranking was based on google searches that, how much people search for learning resources and tutorials on Google.

When C# The language was invented and it was titled COOL. But Microsoft was unable to keep this name for a long time due to some copyright laws. Basically Microsoft created C# as a rival of Java. And this purpose was achieved in response to quickly rising this language by it’s developers. They liked this language very much. And this language was a great competitor of Java language.

Should We Learn Coding in C# ?

If we talk worldwide then people learn C# as a beginner to become experts. According to the skills level you can use C# language in different fields according to your needs. As it is the pure Object Oriented Programming Language. That means before learning C# you should have basic knowledge of programming.

This language is not as simple as you think if you are a zero level beginner who doesn’t know about coding, as compared to learning Python.

But this is not means that you cannot learn C# programming language. So what do you need to do? You need to learn the first basic structured programming. Like what is variable how it is declared in other languages like C or C++. If you ask me what language I learn first? I prefer you to learn C first. When you will have knowledge what is variable in C? How it is declared. And what “if”, “else” and “switch case” and functions and other basic stuff which is used in structured programming. And the best book to learn this language is Let Us C written by Yashavant Kanetkar. I loved this book very much. This is my favourite book.

Overall I prefer you to learn this language because it is one of the best languages in the world. And once you get experience in C# development you will be offered great jobs in the market.

C Sharp Uses in The World

Here I described some major fields where C sharp programming language is used:

Yes you are thinking right. C# language is used to create great websites. You can create a complete and professional website with great user interface and user experience. By using .NET framework this language fully supports web development. You can create fully dynamic and responsive websites by using this programming language. Because this language is pure Object Oriented language. So you can easily maintain the website you created using C# programming language.

This is the main field where C# is great for those who want to become a GUI designer. Yes you can choose this language without any worry. Windows Presentation Foundation (WPF) is a great feature of C# development where you can create great and amazing websites using this language. Which are very rich in designs and provide great functionality and features in Windows application development. I personally used this WPF feature using Visual Studio in my C# application this was a great experience for me. Specially you can create nice animations for your desktop application specially if you are developing the application for Windows 10. You can create very powerful and flexible windows applications using C#.

Before this article if you never heard about game development. So it is for you if you want to become a game developer. So you can choose C# programming language to building your favorite games with your own creativity and ideas. One of the world’s most popular game engines is Unity 3d. It have strong support of C# in the backend of game development. That means if you have strong knowledge of C# so you can choose a game development field without any worry. You can change the physics of objects and movement and their structure too by using the programming of C# in Unity 3d. Unity 3d provides you the many cool features for C# programming for game developers which you can apply to implementing your ideas to reality in the shape of a 2D or 3D game.

Let’s discuss the Careers in C# programming language. As I described above that C# programming languages have greater features than other languages. And it’s popular in the whole world due to it’s great features. So that means in future the scope of C# is good. And you can choose this language as your career. There are high pays in the market for C# experienced web developers.

If you search jobs in Indeed website you will find that there are handsome salaried opportunities for C# developers in the market.

The hourly rate of average salary of C# developer in market is $26.50 according to Payscale. And Average Salary of C# developer is $66,678 per year and this goes up to $101k per year. And this means if you have skills and lots of experience then these handsome opportunities are looking for the developers like you.

So don’t wait for tomorrow start learning C# programming from now and become a great experienced developer and provide your services to deserving projects and earn handsome packages of salaries in rewards.

There are many benefits of C# programming language which you can use to solve your critical problems of development. Some of the benefits are described below.

C# language is very fast it’s compilation and execution time is too quick as compared to other languages in the market.

C# programming language gives you a feature of type-safe code that can only access memory location and has permission to execute. This feature improves the security of the program.

C# language has a large number of rich libraries, that provides many built-in functions that make your development very fast.

In C# language there is a mechanism through which it automatically erases any garbage from your system if it is available. However, we can say that C# language provides us very efficient experience because it does not creates any mess in the system and your system will never hang due to C# programming installed into your system.

About Programming How To

How to Align Multiple Images in HTML Horizontally 1 Best Way

Feb 6, 2021 umarbwn
About Programming How To

Quick Learn how to Display JavaScript Variable in HTML

In a Proper Webpage Which Tag Holds All Visible HTML?